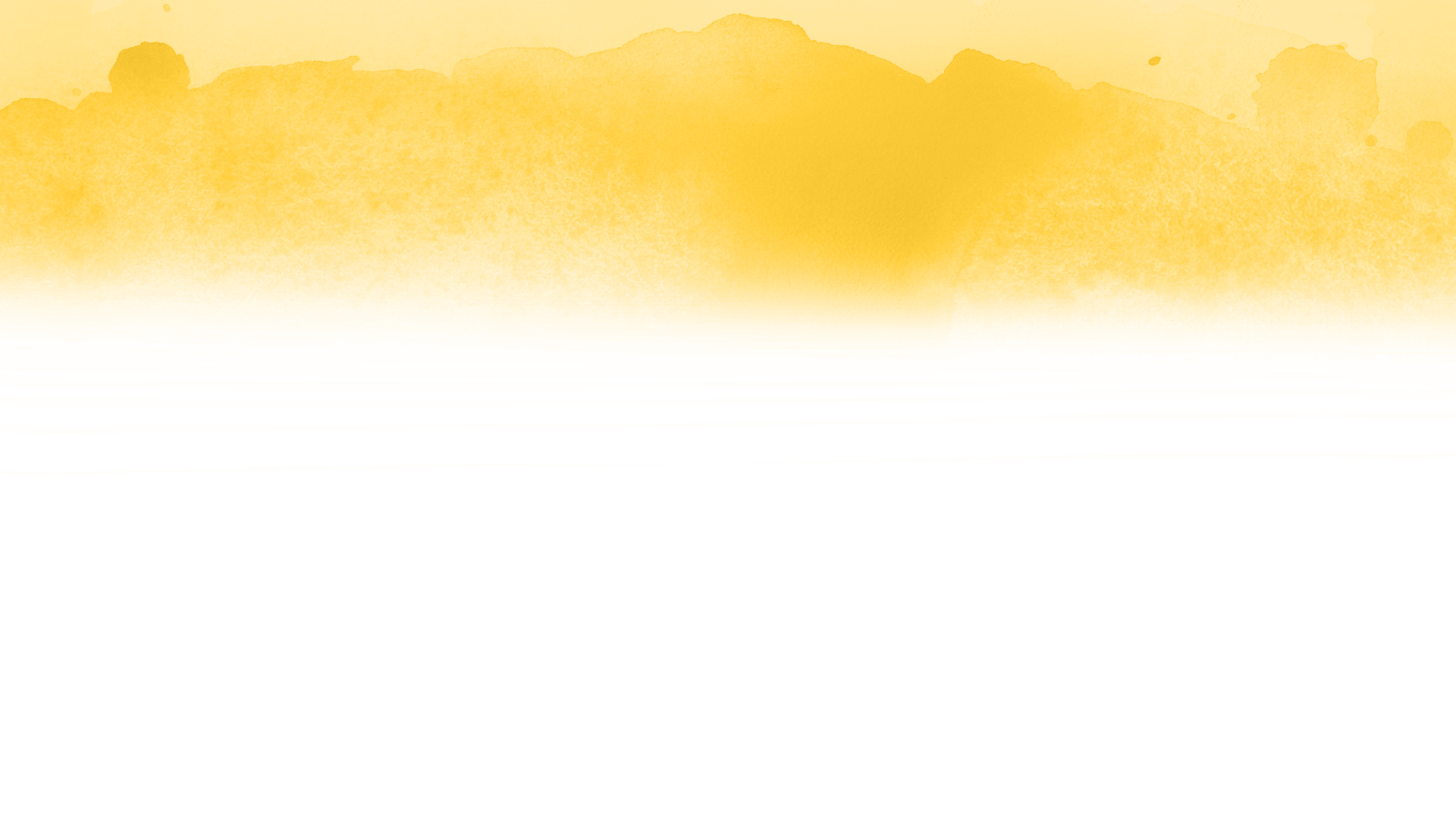 Who is Saint Denis?

So, who is the saint that our parish and church are named after?

Saint Gregory of Tours, writing around 600 AD, wrote the Passio SS. Dionysii, Rustici et Eleutherii, which is the earliest extant account of the lives and martyrdom of Saint Denis, bishop, and his companion maytyrs, Rusticus, a priest, and Eleutherius, a deacon, who are believed to have been martyred around the year 258 AD in what is present-day Paris, France.  Saint Denis is regarded as the first Bishop of Paris and is thus revered as the Co-patron Saint of France, along with Saint Joan of Arc.

In 2007, to mark the centennial of the founding of the parish, four mosaics depicting the Life of Saint Denis and his Companion Martyrs were commissioned for the church.  Designed by the artist Vincenzo Scianna of Ravenna, Italy, two of the mosaics flank the central interior doors of the church, and the other two are in the sanctuary on either side of the Tabernacle. 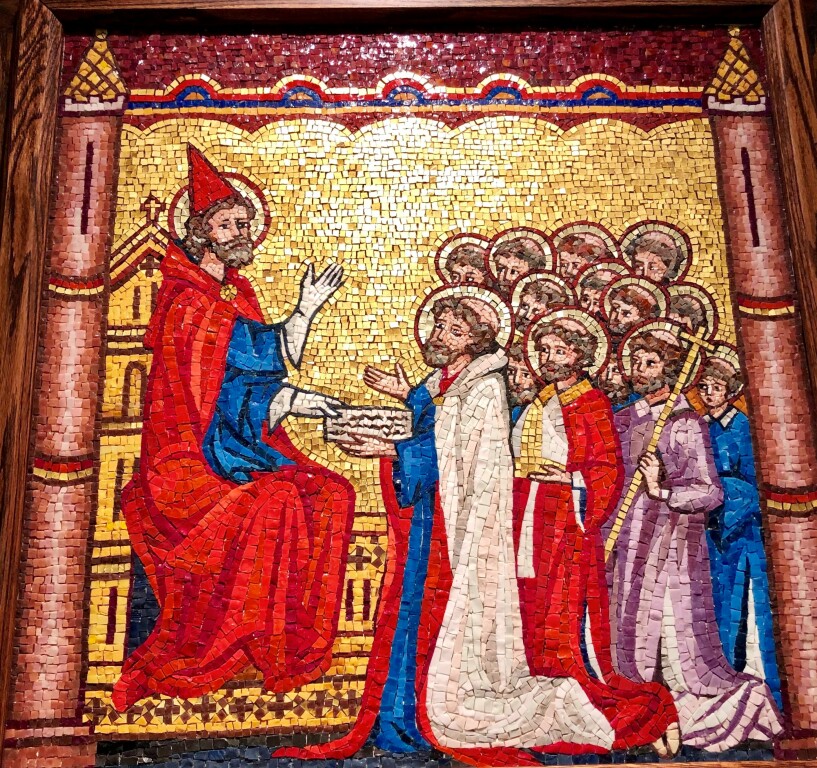 The first mosaic depicts Pope Clement commissioning seven bishops, including St Denis, to preach the Gospel to the tribes in the Roman Province of Gaul.  This is related in St Gregory of Tours' History of the Frankish People. The second mosaic shows the Pope sending Saint Denis and his companions, St Rusticus and St Eleutherius, to the Roman settlement of Lutetia, along the banks of the River Seine, and to evangelize the local pagan tribe, the Parisii. 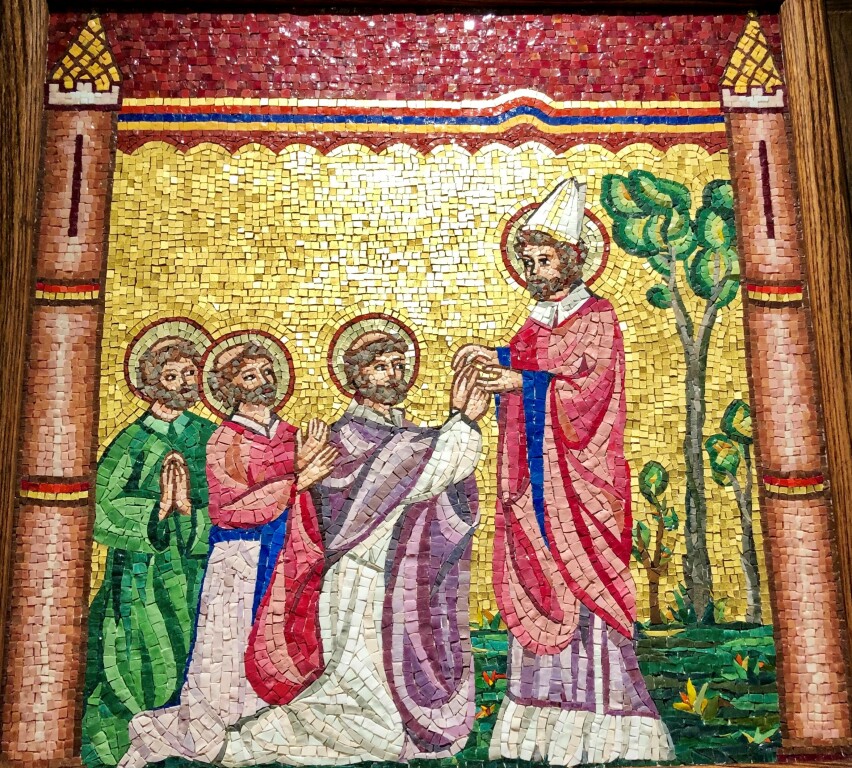